A choice of Private Pedestrian Tours

Highlights and hidden gems of the 19th  Century Romantic Paris:

Follow your Private Conference Guide into an entertaining and informative walking tour around the 9th and 18th districts. Relive some Paris essentials of the romantic movement symbolized by many artists living in the Nouvelle Athènes and in Montmartre since the beginning of the 19th Century. Admire its prestigious townhouses and architectural façades. Walk by the hub of Pigalle and its iconic Moulin Rouge. See the most colorful church of Paris. Or take on The Belle Epoque and Art Deco Tour with its famous “Passages” in the performance and antique dealers’ area.

Other tours available upon request:

Stroll in the quiet residential district, the Greek-inspiring area known as La Nouvelle Athènes.  Developed in the 1820s for the rising professional classes of the new industrialist era, the Nouvelle Athènes was influenced by London’s urban architecture, featuring neo-classical houses with large porches and cast-iron balcony. Discover why the neighborhood is called after the antique Greek city. And see where illustrious former artists and intellectuals such as Chopin, George Sand, Berlioz, Delacroix, Jean Cocteau and Guillaume Apollinaire settled down in the 19th Century.

Montmartre, “La Bohème”.. this old village, once outside of Paris, seems to have escaped time. Perched on winding alleys, it has been the site of numerous fights and political outbreaks in the 19th Century, to keep the Hill (Butte) outside of Paris.

To complete your visit and learn more about the area’s artistic trend, this tour may be combined with one of the hidden gems of the neighborhood’s musems :

Paris in Music: The Phono Museum (A unique 40-mn Tour with the owner, expert and museum’s curator)

A place for music lovers and collectors to discover magnificent phonographs. Jalal Aro, the owner and worldwide-known curator who launched his unique enterprise will share with you his passion for vintage machines which all work!  You’ll hear artists’ voices from the beginning of the 20th Century. See, listen and experience sound from the cylinder to the vinyl records.

This 19th Century townhouse is a journey to a personal collection from the romantic period. The museum displays numerous pieces dedicated to the romantic figure, George Sand, neighbor and friend of the owner and painter, Ary Scheffer. Discover this hidden gem preserved in its original condition. Then sit in the peaceful corner of the garden and tearoom Rose Bakery. 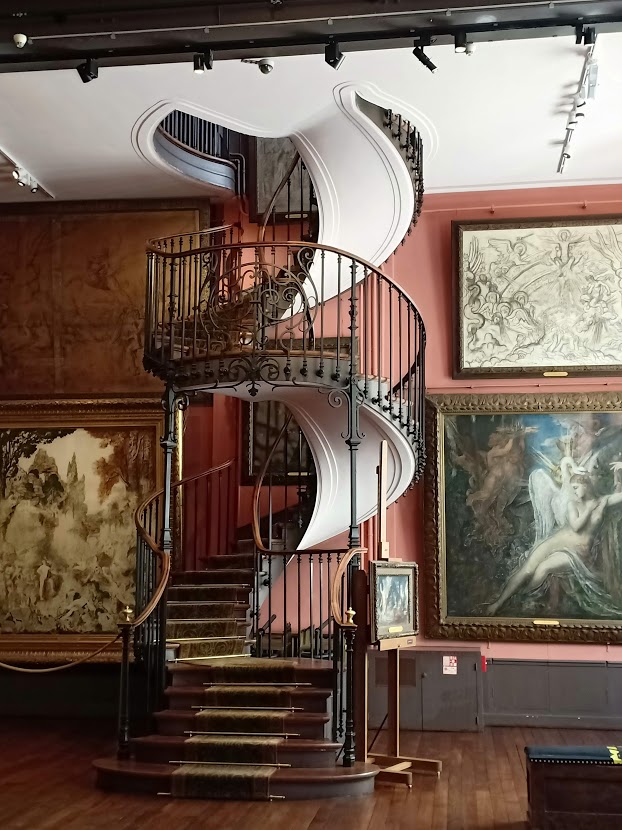 Discover the artist’s private residence in an elegant 19th Century townhouse. Walk up to the breathtaking workshop where the artist accomplished his most important artworks. Admire the sumptuous spiral stairway adorning the room.

√  Private Tour with a Conference Guide